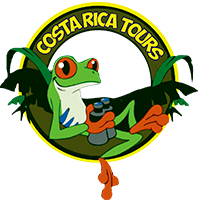 Know before you go!
Check out the latest news & travel tips on our Blog

Our Most Popular Tours in Nicoya

The Real Deal Offers Great Discounts on All Costa Rica Tours.
Featured deals are hand-picked by our Activities Specialists as the best value in Nicoya.

Choose your favorite activity...
Your adventure is just a click away!

The countryside of the Nicoya Peninsula goes overlooked by most travelers but those who stray from the beaten paths will find great options for eco-tourism. The most noted feature of the Peninsula de Nicoya are the beaches. Within the vast expanse of coastline are innumerable magnificent beaches with dramatic coastal scenery, and small villages each with its own distinct charm.

Water sports such as surfing, fishing, and snorkeling define much of the character of the villages. Most areas have been discovered by surfers as the pacific side of Costa Rica presents one of the best stretches of surfing coastline in the world. Visitors from all over the world flock to Santa Teresa's wild surf and serene Yoga retreats that have begun to define the Pacific coast line of the Nicoya Peninsula Region.

Check out the most popular tours departing from Santa Teresa, Mal Pais, and Montezuma below.